Michele McDannold is an American poet, editor/publisher, event organizer and literary activist. She was the Editor-in-Chief at Red Fez Publications for over five years. She is the founder of The Literary Underground, a grassroots effort committed to supporting independent artists, promoting diversity in creativity and fostering community in the small press. Michele is currently the editor/publisher for Citizens For Decent Literature Press, actively working on the “This Is Poetry” project and proud as hell to have published the book of poetry Random Acts of Terror by Luis Rivas. Punk Hostage Press released Michele’s first full-length collection of poetry, Stealing the Midnight from a Handful of Days in 2014.

Michele was born in Jacksonville, Illinois and grew up in the nearby village of Meredosia, population nevermore than 1200. She has lived in west central Illinois most of her life. Michele started writing poetry in grade school and maintained a connection with writing as an occasional pastime and coping mechanism. It was not until her early thirties that she began pursuing her poetry seriously and seeking publication. Since then, her poetry has been published in a wide range of print and online publications and anthologies.

Having only recently returned to university to further her education, her writing style is self-taught, developing over time and life experience, aided by a sick love for books. Her poetry tends toward the narrative–daily and life observations told in colloquial speech. Her perspective comes from that of a marginalized artist struggling with poverty, mental illness, motherhood and society’s expectations of a woman and wife living in a small Midwestern town.

Michele is the mother of three children, now all taller than her. She’s currently settled in the Northwest region of Indiana–hoosierland– following an epic roadtrip and a few months slumming it in the mean streets of Atwater Village, California. She is a full-time student in the school of the motherfucking underground and does a massive amount of hustle to keep the dream alive. Her cat’s name is Ghost. He leaves her dead things as “offerings.” 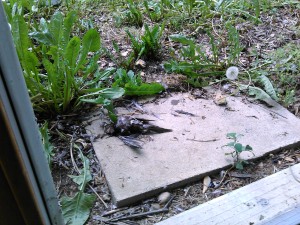 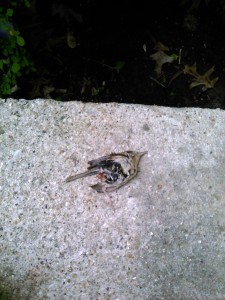 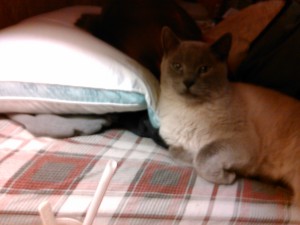 Michele McDannold was the Editor-in-Chief at Red Fez Publications for five years and is currently the editor/publisher at Citizens for Decent Literature Press. She has an extensive collection of flannel and rubber chicken heads. She lives in a place called the Jhole and does various odd jobs at The Literary Underground and Ppigpenn. Michele's first full-length poetry collection Stealing the Midnight from a Handful of Days has just been released by Punk Hostage Press!